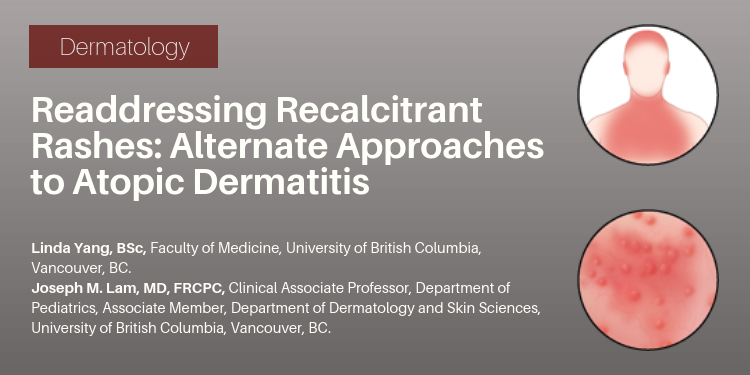 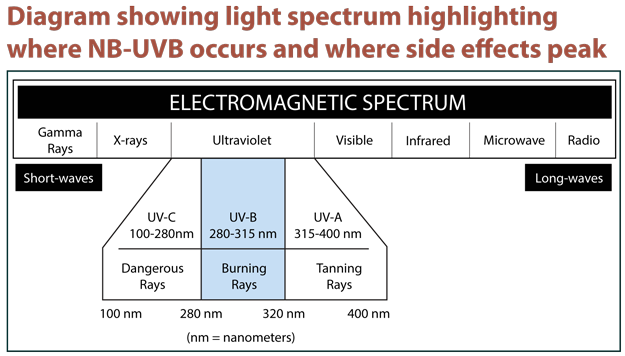 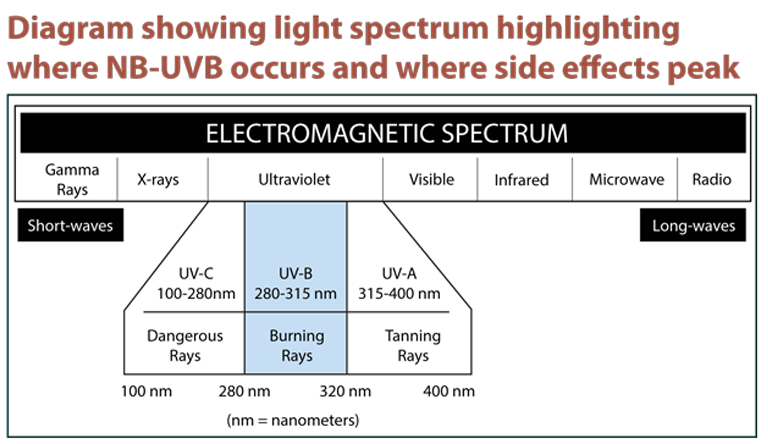 As the population ages, the corresponding rise in incidence of skin cancer and photodamaged skin necessitate skin assessments of older patients in the dermatology clinic. Sallowness, wrinkles, solar lentigos, and other benign conditions reflect extensive ultraviolet damage to the skin, and provide a background of mutagenesis for skin cancer formation. Some treatments available for photodamaged skin are cosmetic and only available in a dermatology or plastic surgery office setting. However, there are many treatments that improve sun-damaged skin as well as prevent progression to skin cancer formation; these tools are available in the primary care physician’s office. This article addresses ablative and nonablative treatment options for sun-damaged skin and encourages the promotion of sun-safe behaviours, including use of protective clothing and sunscreen.
Key words: photoaging, therapy, prevention, cosmetic, nonablative, ablative.

Deaths from cardiovascular diseases have been declining in many countries; however, the incidence and prevalence of heart failure continues to increase in most countries. This is related, at least in part, to the increasing proportion of older people, a fact that is emphasized by the nearly three-fold increase in the incidence of heart failure in women. Good medical treatments are now available, and for refractory cases there are increasing numbers of surgical interventions available and new ones being devised. The morbidity and mortality associated with heart failure are higher than those associated with any other chronic condition. This article addresses the basis of heart failure, its appropriate management, and some of the newer treatments available.
Key words: heart failure, therapy, surgical treatment, ventricular assist devices.

Accumulation of sun exposure is an important factor resulting in aging of the skin and development of cutaneous malignancy. Unfortunately, most people think of suntanning as a healthy, natural process, and damaging effects of the sun are not experienced until 15-20 years after the initial damage has been done. By the time we see patients in our clinic, the majority of our older clientele has extensive, irreversible photo damage and precursors of skin cancer. It is difficult to treat many of these patients as multiple lesions are frequently present, and patients are sometimes unwilling to initiate sun-protective measures, are not ideal surgical candidates, and may not comply with treatments suggested by the dermatologist due to financial burden. We emphasize the critical role of sun exposure as a cause of skin aging, benign stigmata of aging, and development of skin cancers. Treatment options including topical therapies, oral medications, surgery, and new-age technologies are discussed.
Key words: photo-aging, therapy, skin cancer, dermatoheliosis, melanoma.

Efficacy of Donepezil on Maintenance of Activities of Daily Living in Patients with Moderate-to-Severe Alzheimer’s Disease, and Impact on Caregiver Burden

Efficacy of Donepezil on Maintenance of Activities of Daily Living in Patients with Moderate-to-Severe Alzheimer’s Disease, and Impact on Caregiver Burden

Functional disability is an important component of Alzheimers disease. A number of scales are available to measure activities of daily living (ADL) throughout the course of disease, including instrumental as well as self-care activities. A randomized clinical study comparing donepezil to a placebo in moderate-to-severe stages of AD showed a stabilization of ADL decline over six months for patients on donepezil. Less time for ADL care was required by caregivers of patients on donepezil compared to those on placebos.

Introduction
The importance of decline in activities of daily living (ADL) in older adults with dementia has been recognized in the conditions diagnostic criteria, described as significant impairment in social or occupational functioning in the Diagnostic and Statistical Manual of Mental Disorders (DSM-IV).

Introduction
In both sexes, aging is associated with a progressive reduction in skeletal muscle mass and strength, although this may be masked by increases in subcutaneous fat or abdominal obesity that give the impression of stable body weight. Progressive frailty, however, occurs on a more global level with seniors "affected by multiple chronic diseases which cause physical and functional limitations."1 These comorbid diseases may cause a systemic stress, which by itself (excess cortisol secretion), or by virtue of its suppressive action on the pituitary-gonadal axis, leads to a decline in androgen production. While the tendency to associate andropause and androgens has become increasingly common, the causal link between male hormone deficiency and the clinical disorder andropause still remains a weak one. A medical anthropologist is certainly likely to qualify the association as a reductionist vision of the frailty syndrome. In a sense, this vision serves the interests of both patients and physicians: it facilitates the diagnostic approach and the treatment strategies in an aged population, estimated at 20%, that seeks medical attention because of frailty, low mental and physical energy, depression-like symptoms and sexual hypofunction.

Estrogen and progesterone are useful for women >65 years old who have osteoporosis diagnosed by bone mineral density or vasomotor symptoms (VMS) disturbing sleep, especially if either are combined with recurrent urinary tract infections or severe dysparunia. If a woman has had a fragility fracture (in a fall from a standing height or less), hormone therapy should be combined with a bisphosphonate such as etidronate for optimal fracture prevention.

In 1994, the Antithrombotic Trialists Collaboration published its first collaborative overview of randomized trials of antiplatelet therapy, demonstrating the efficacy of aspirin in the secondary prevention of myocardial infarction and stroke. Since that time, further trials have been conducted in patients having coronary artery procedures and in patients with acute stroke, stable angina, atrial fibrillation, peripheral arterial disease and diabetes mellitus. As a result, the group has recently conducted a meta-analysis of antiplatelet therapy among patients at high risk of occlusive vascular events, extending the direct evidence of benefit from antiplatelet therapy to a much wider range of patients.

In acute stroke patients, evidence showed that patients should start antiplatelet therapy as soon as possible after acute ischemic stroke, preferably after confirmation by computed tomography, and be continued long-term.

The best aspirin dosage? Based on this analysis, high doses of 500&endash;1500 mg/aspirin daily are no more effective than the less gastrotoxic medium (160&endash;325 mg/day) or low doses (75&endash;150 mg/day). The evidence supports daily doses of aspirin in the range of 75&endash;150 mg for the long-term prevention of serious vascular events, in high-risk patients. A loading dose of 150-300 mg can be provided if an immediate antithrombotic effect is required.

What about other antiplatelet drugs? For patients undergoing percutaneous coronary interventions, adding a short intravenous infusion of glycoprotein IIb/IIIa antagonist reduces the risk of early arterial or stent thrombosis, a benefit that may be maintained for at least six months. The addition of dipyridamole to aspirin has not been clearly shown to produce additional reductions in serious vascular events, but may further reduce the risk for stroke. Studies are ongoing.

Clopidogrel and ticlopidine act by blocking ADP activation of platelets and may be complementary to aspirin in their antiplatelet effects. Promising results have been found in a large trial assessing the effects of adding clopidogrel to aspirin for patients with unstable angina, and a study of acute MI patients is ongoing. For patients who have a definite contraindication to aspirin therapy, clopidogrel might be an appropriate alternative.

Among individuals at high risk of occlusive vascular disease, the proportional risk reductions with antiplatelet therapy are roughly similar in most categories of patients, although smaller in acute stroke. Unless some definite contraindications exist, antiplatelet therapy should be considered routinely for all patients whose medical history implies a significant risk of occlusive vascular disease, and should be continued for as long as the risk remains high.

Newer Therapies in the Management of Osteoporosis

Newer Therapies in the Management of Osteoporosis

Introduction
Osteoporosis is a disease characterized by low bone mass and bone strength, resulting in an increase in bone fragility and susceptibility to fractures.1 It is asymptomatic prior to fractures, which most commonly occur in the vertebral body, hip and forearm.

Dual energy x-ray absorptiometry is the technology used to measure bone mineral density at the sites of interest. This technology has revolutionized our approach to this disease. In 1994, the World Health Organization (WHO) published diagnostic guidelines for osteoporosis, which are based on an individual's bone mineral density (BMD) according to a T-score.2 The T-score is defined as the number of standard deviations (SD) above or below the mean BMD at peak bone mass at age 30 years. A T-score of -2.5 or lower defines osteoporosis. At risk individuals can now be diagnosed early, thereby allowing the use of highly effective interventional strategies which prevent further bone loss and potentially debilitating fractures. Unfortunately, currently once significant bone mass has been lost, there are no commercially available therapies that are proven to increase bone density. This will likely change in the next few years.