The Launch of the Dementia Educational Resource: Interview With the Editor-in-Chief Dr. Michael Gordon

The Launch of the Dementia Educational Resource: Interview With the Editor-in-Chief Dr. Michael Gordon

Teaser:
Back to the Table of Contents

Following on the footsteps of the recent announcement of the launch of the Dementia Educational Resource, www.HealthPlexus.net recently interviewed Dr. Michael Gordon who was appointed as Editor-in-Chief for the newly re-focused educational channel. Dr. Barry Goldlist asked Dr. Gordon a few questions about the format and the plans for this project.

Assault as Treatment: Mythology of CPR in End-of-Life Dementia Care

Assault as Treatment: Mythology of CPR in End-of-Life Dementia Care

Many people have come to view cardiopulmonary resuscitation (CPR) as a routine intervention following cardiac arrest, and they insist on CPR for their loved ones even when the physician explains its likely futility. Physicians who refuse a family member’s request to perform unwarranted CPR risk becoming the center of media, legal, and disciplinary scrutiny. Although CPR is largely perceived as a benign life-saving intervention, it inflicts indignity and possibly pain on a dying patient and should not be used when it is unlikely to succeed or to benefit the patient if successful. The growing acceptance of do-not-resuscitate orders for patients with advanced cancer has not spread to families of patients suffering from the late stages of other degenerative or terminal illnesses. Having blunt discussions about the true consequences and risks of CPR might foster greater willingness to abstain from administering CPR to patients unlikely to benefit.

Abstract
Mild Cognitive Impairment (MCI) is a term used to describe the transitional stage between normal aging and dementia, wherein changes in cognitive abilities are limited enough to maintain independence. Although the degree of functional impairment present does not yet warrant a diagnosis of dementia in MCI, there are subtle changes in everyday activities that may indicate the presence of an underlying neurodegenerative condition. The goal of this paper is to review the types of functional changes that are detectable in MCI and the prognostic value of assessing everyday functioning in this population.
Keywords: MCI, Functional Impairment, ADL, Dementia, Aging.

The Canadian Conference on Dementia: Past, Present and Future

The Canadian Conference on Dementia: Past, Present and Future

An interview of Dr. Barry Goldlist with Dr. Ron Keren, the founder and chair of CCD

Nutrition and Dementia: A Clinical Update

Nutrition and Dementia: A Clinical Update

Abstract
While prospective epidemiologic studies have provided strong evidence linking higher intakes of many nutrients with slower rates of cognitive decline and reduced dementia risk, randomized controlled trials on supplementation with individual nutrients have largely been disappointing. In contrast, recent research points to substantial benefits for brain aging and cognition from consumption of a varied diet centred on plant-source foods, whole grains and fish, and avoidance of foods rich in saturated and trans fats. An unhealthy dietary pattern, in conjunction with obesity, low physical activity, and smoking, could contribute to a pro-inflammatory state and oxidative stress which could exacerbate risk for development of cognitive decline the metabolic syndrome, diabetes, and cardiovascular disease.
Keywords: nutrition, dementia, Alzheimer's disease, nutrients, dietary patterns.

End-stage Dementia and Death: Breaking the Conspiracy of Silence

End-stage Dementia and Death: Breaking the Conspiracy of Silence

There is an average delay of 20 months between the first recognition of symptoms of Alzheimer’s disease or a related disorder (ADRD) and the seeking of physician help. One reason for this delay is tendency for families to miss early symptoms until the onset of behavioural disturbances. Families may provide more timely accounts with prompted questions. It is important to diagnose cognitive impairment early since there are potential benefits to early treatment. The purpose of this article is to help guide caregivers in identifying a list of symptoms that reflect first indicators of ADRD, based on a study of 68 spouse caregivers of patients with ADRD.
Key words: Alzheimer’s disease, dementia, caregivers, diagnosis, primary care.

How to Bathe a Person with Dementia: An Evidence-Based Guide

How to Bathe a Person with Dementia: An Evidence-Based Guide

Bathing individuals with dementia has been reported as one of the most difficult activities of daily living and often results in unwanted behaviours. A review of the literature on bathing practices for those with dementia resulted in few empirically tested bathing techniques. Based on this review and the authors’ clinical experience, the following guidelines are presented: (1) consider a towel/bed bath in lieu of a shower/tub bath—be flexible; (2) educate the caregiver (improved outcomes are noted)—communication is key; and (3) optimize the environment to meet the needs of the individual and to maintain safety.
Key words: dementia, Alzheimer’s disease, bathing, caregiver, hygiene. 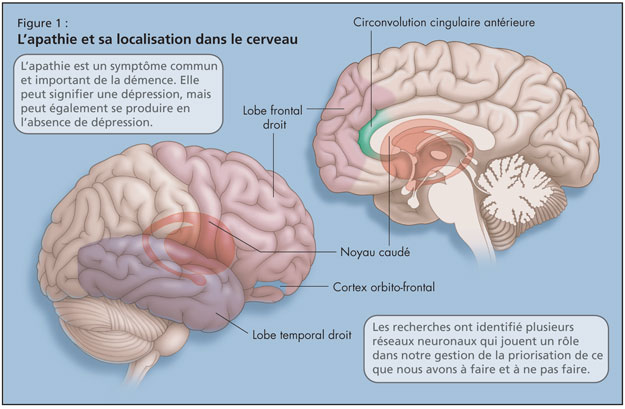 Dr. Tiffany Chow began with expressing her appreciation, as a neurologist, for her colleagues in geriatrics, whom she honoured for promoting a more holistic approach to patients with dementia, and stressed the importance of working together.

She identified fundamental aspects of quality of life for people with dementia: being pain-free; safe; able to participate in meaningful activities; and able to maintain the greatest degree of autonomy possible. Dr. Chow also described contributors to quality of life for caregivers: emotional connection; the ability to aid the patient (e.g., in feeding); having good downtime together; and the knowledge that everything that can be done is being done.

Dr. Chow cautioned against the effects of apathy in patients with dementia, which can impact all dimensions of life quality described above. Apathy is a common and significant symptom in dementia. While apathy can signify depression, it can also occur in depression’s absence, and each can worsen the other. Apathy can keep patients with dementia from being physically motivated to participate in everyday activities and, due to lack of stimulation, this state can hasten cognitive decline.1 Apathy also intensifies caregiver distress and thwarts emotional connection to the patient. It also diminishes treatment compliance (pharmacological or other, e.g., recreational therapy). Apathy may contribute to institutionalization; studies have found lower rates of apathy among community-dwelling patients.

Dr. Chow explained that there are several neuronal networks that manage how we prioritize what we need to do and not do, and they have attempted to localize apathy in the brain (Figure 1). Research into apathy has identified its association with the right temporal lobe, right frontal lobe, caudate, anterior cingulate gyrus (or superior medial frontal cortex), and the orbital-frontal cortex.2

In their recent study,3 Dr. Chow and her colleagues set out to localize clusters of apathy symptoms empirically, with actual patients with dementia, to see whether the affective, behavioural, or cognitive apathy symptoms tended to occur together or in isolation, and whether apathy typically co-occurs with other types of behavioural disturbances.

Dr. Chow showed combined data from Baycrest, Sunnybrook [Health Sciences Centre], UC San Francisco, and UCLA, showing results on the Neuropsychiatric Inventory (NPI). On the section of the NPI that deals with apathy, patients are questioned on spontaneous activity, spontaneity in conversation, participation in former activities, participation in former chores, demonstration of interest in others, investment in friends and family, and degree of affection.

Results showed that, for those with either FTD or Dementia of Alzheimer’s type (DAT), the most common type of apathy, when present, was a decrease in spontaneous activity. Comparing the percentage of apathy in the two types of dementia, more of the patients with FTD (72%) had apathy than those with DAT (56%).

They looked for an association between apathy and other non-apathy variables on the NPI, including impulsivity, separation anxiety, and resistant behaviour, and found that those with the affective type of apathy were much more likely to experience these symptoms than those with other types of apathy or no apathy.

She discussed the results of a study by Robert et al.4 that showed that apathy could be a predictive factor for which patients with mild cognitive impairment (MCI) will convert to DAT.

There are two groups, one in North America and one in Europe, who are working to get apathy added to the DSM-V (Diagnostic and Statistical Manual of Mental Disorders). The criteria would be lack of motivation (relative to baseline), lack of goal-directed activity (cognitive apathy), lack of interests or goals, and diminished emotional responses (emotional blunting).

Treatment for apathy should be considered on the basis of type of apathy.1,5 For those with affective apathy, an antidepressant might be in order. For behavioural apathy, psychostimulants might be used. For cognitive apathy, cholinesterase inhibitors have shown efficacy. Psychostimulants such as methylphenidate have been shown to be effective and well-tolerated; while dextroamphetamine is in the same drug class, there is only sufficient evidence supporting use of the former. Antidepressants and dopaminergic agents have also been used.

Dr. Chow has looked at whether some of these drugs, for example antipsychotics or other sedatives, might cause apathy in dementia. She and her colleagues investigated this in a cross-sectional study on 69 patients with FTD. Of the four most commonly used medications in this group—nonsteroidal anti-inflammatories (probably for arthritic pain symptoms), selective serotonin reuptake inhibitors, cholinesterase inhibitors, and antipsychotics—none was found to contribute to a higher risk of apathy.

For those interested in learning more on the subject of apathy, Dr. Chow recommended articles by Robert et al., 20096 and van Reekum et al., 2005.1