The Need to Feed—A Powerful Force 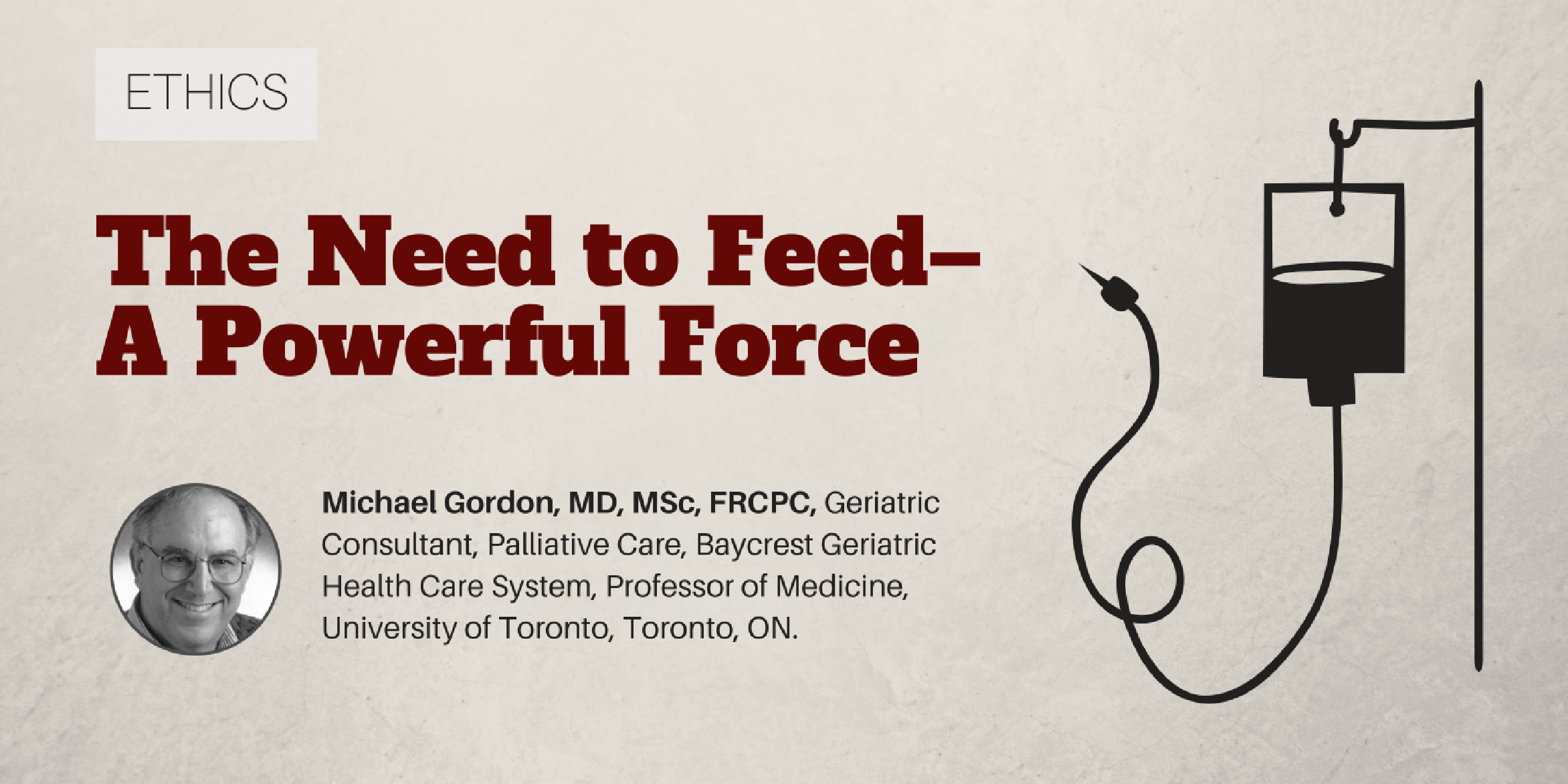 Abstract
Food is clearly one of the essentials of life. Most people in the more developed world consider food as much for its culinary delights and aesthetics than for its nourishment attributes. Eating and feeding is one of the first experiences among virtually all mammals and for humans the tie to feeding/nurturing process starts with the first suckle and ends with either last swallow—or when medical technology joins the complex end of life process—when the last drop of tube feed is administered. For many family members the differences between eating and drinking which is associated with the pleasure of the first maternal feed and a life-time of socially mediated eating, and artificial nutrition and hydration as only a matter of interpretation—for others there is no comparison. How this plays out in end of life situations varies for many reasons: physicians can help families make decisions about most feeding situations to help the family's interpretation of their loved one's preferences.
Key Words: End of life care, tube feeding, artificial nutrition and hydration.

The mothers of all living species appear to have a biologically determined need to feed their young. For those interested in the natural world, among its many wonders is the extent to which this applies and the care taken in feeding the young—often with careful maternal deliberation for fair distribution of food, and at times, the care taken with those in need of preferential feeding.

For humans it is a given, virtually from birth, that the desire to be fed as expressed by a newly born infant is matched by the desire to respond to that visceral connection by the mother—so much so that failure to respond usually is an indicator of some serious aberration or illness that interferes with what most would consider the "natural" order of such a relationship.

This same fixation on the importance of food in human relationships often plays out in the determination that spouses and children express when it comes to feeding a frail, failing elderly loved one—irrespective of whether the desire or ability to eat normally or at all has been undermined by a medical condition. In my own experience as a geriatric medical specialist with a special interest in late-stage dementia and, more recently, palliative care, such an inborn drive to feed one's loved one is sometimes taken to inordinate lengths.

Some scenarios appear to repeat themselves, even if the individual's circumstance appears to differ. A common example is a person with end-stage dementia where cognitive abilities are severely compromised. This condition is often associated with impairments in the desire to and/or ability to eat despite often very time-consuming and almost heroic efforts by family and professional caregivers.

Often the question of artificial tube feeding is raised, but depending on the situation, rejected by the family—often rightfully so—because discussions or advance directives (living wills) made by the person rejected such an intervention.

Many in the field would concur with such a decision, as the feeding would provide little if anything in the way of comfort, would not decrease the possibility of abnormal aspiration (inhalation) of food and would add virtually nothing to the quality of the last stages of life.

We have collectively learned that what is called "comfort feeding," by which even small, nutritionally modest amounts of favourite foods provided by a loved one may be the most humane way of demonstrating the devotion associated with feeding, fostering the sense that one's loved one is not being abandoned or even worse "starved to death."

In another common scenario, a patient in a hospice (palliative care unit) with progressive malignant disease often has no appetite and is losing weight as a consequence of the illness. Some families become obsessed with feeding their diminishing loved one, becoming desperate in their quest to find a way to increase eating, often bringing delicacies from home in the hope that something will tweak the appetite. In extreme situations, the family member is almost "force feeding" their loved one with the hope that the right food might improve or even reverse the inexorable course of the terminal stage of the illness.

Sometimes the only thing the dying patient may want is something as simple and flavourful as ice cream—I am a big believer in ice cream as suitable for end-of-life care. But you must choose the right preferred flavour, and not worry about whether it is nutritious or not. If it's enjoyed and savoured—and that is the measure by which to judge – it may be one's last act of kindness to a beloved family member who is in the process of dying.

This article was originally published online at http://www.cjnews.com.
end of life
Law and Ethics