A Few Degrees of Separation 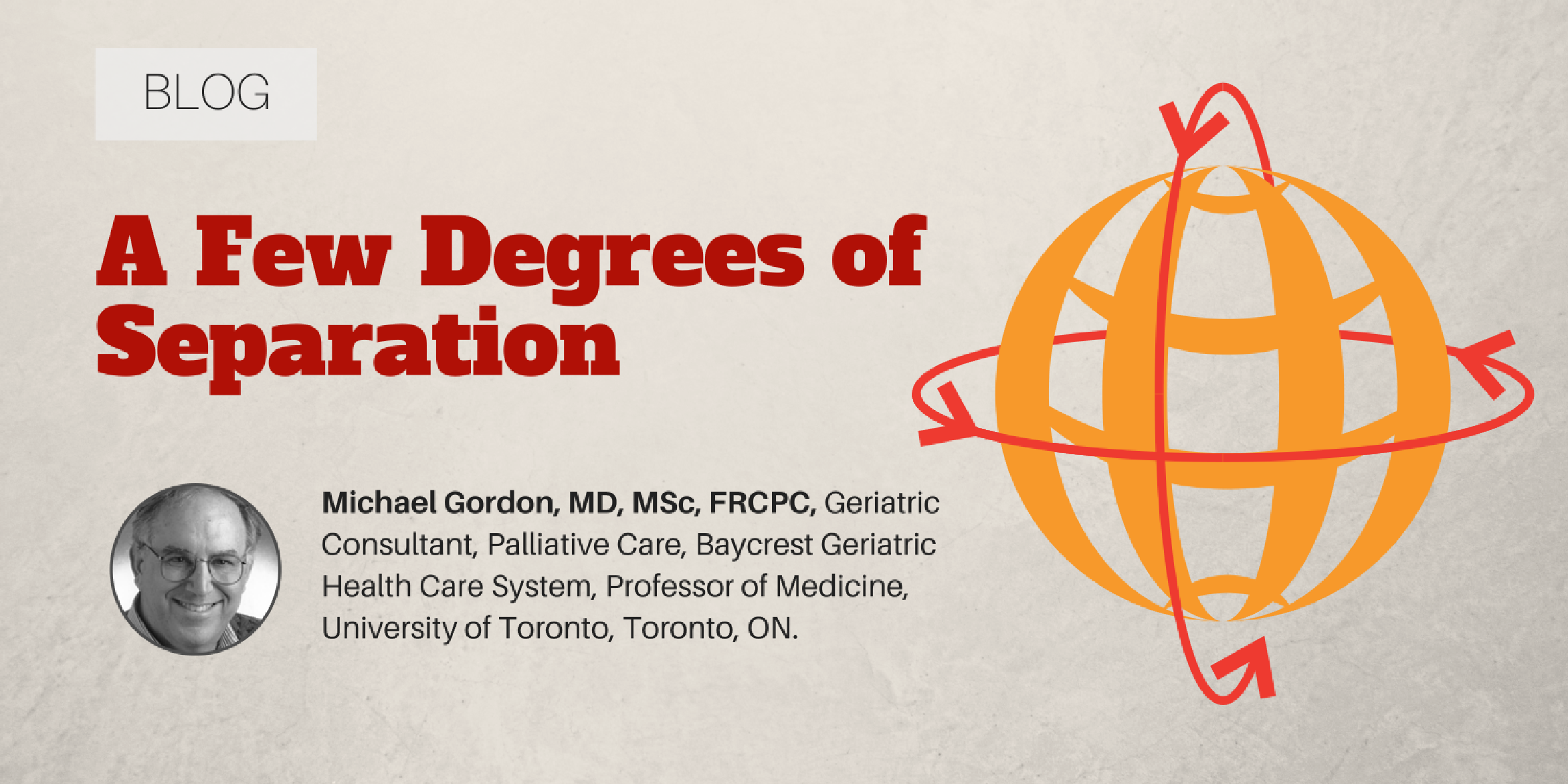 I have often talked about how important stories are when it comes to medical care. We must, of course, use the best available medical knowledge to benefit our patients, but I believe it is also important to find the humanistic aspects of care and build on them, in order to foster human relationships.The importance of learning the patient’s personal story is key to achieving this goal.

Instead of asking a new patient, “How are you?” I recommend asking, “Who are you?”—meaning, “What is your story?” Recently, before meeting a new patient, I tried to see if his name would tell me anything about who he is. Having spent many years travelling, I can often relate to people if I get a clue as to their background or nationality—which, for people with European backgrounds, is reasonably easy for me at this point in my career.

I looked at his name and could not be sure of his origins, but I thought it might be close to Greek, or at least Mediterranean. To my surprise, his wife, who appeared initially to be more outspoken, said, “we are Egyptian.” With my knowledge of Egypt, I felt comfortable enough to ask, “Are you Coptic or Jewish? The name does not appear Muslim.” The patient seemed surprised that I actually knew about the various ethnic groups in Egypt. I told him that I had lived in Israel for a number of years, so knowing about Egypt was important for many reasons.

Their eyes lit up and he said, “We are Egyptian Jews.” After I inquired further, they said that they left the country just as Gamal Abdel Nasser came to power in the 1950s and began expelling most of the country’s remaining Jewish population.

“There are only few remaining Jews in Cairo, with members of one family being responsible for maintaining the main synagogue. We knew the family, the name of which is Haroun, and the elder sister died recently so the younger one is the primary caretaker of the synagogue, along with a half a dozen or so other Jewish women—there are no Jewish men left in Cairo,” he said.

When I mentioned that some of my friends and colleagues are Coptic, he said that they were very close to the Coptic community, both being minorities and beleaguered communities in a predominately Muslim country, but had managed well for centuries, prior to the explosion of pan-Arabic nationalism.

When I retold this fascinating story to one of my Coptic medical colleagues, she said she would mention the story to her parents, without naming my patient, but but would inquire about the Haroun family.

The next morning, I received a text saying that her mother knew the Haroun family and went to school with the remaining sister. As it turns out, Magda Haroun is still involved in keeping the local synagogue active (an interview with her, titled Closing the door: the last Jews of Cairo, can be found on YouTube).

When I mentioned the follow-up to the story to one of my Coptic friends, he mentioned that he too knew the family and told me that there are in fact eight remaining Jewish women in Cairo and that Magda Haroun is the community leader.

The story reminded me that there are often only a few degrees of separation between us, and that a little searching can bring out wonderful stories (elders are often the repository of such stories). We must find these stories whenever we can, as they are our collective human legacy.


This article was originally published online at http://www.cjnews.com/