Should We Keep Meeting Like This?—The Place for Reunions 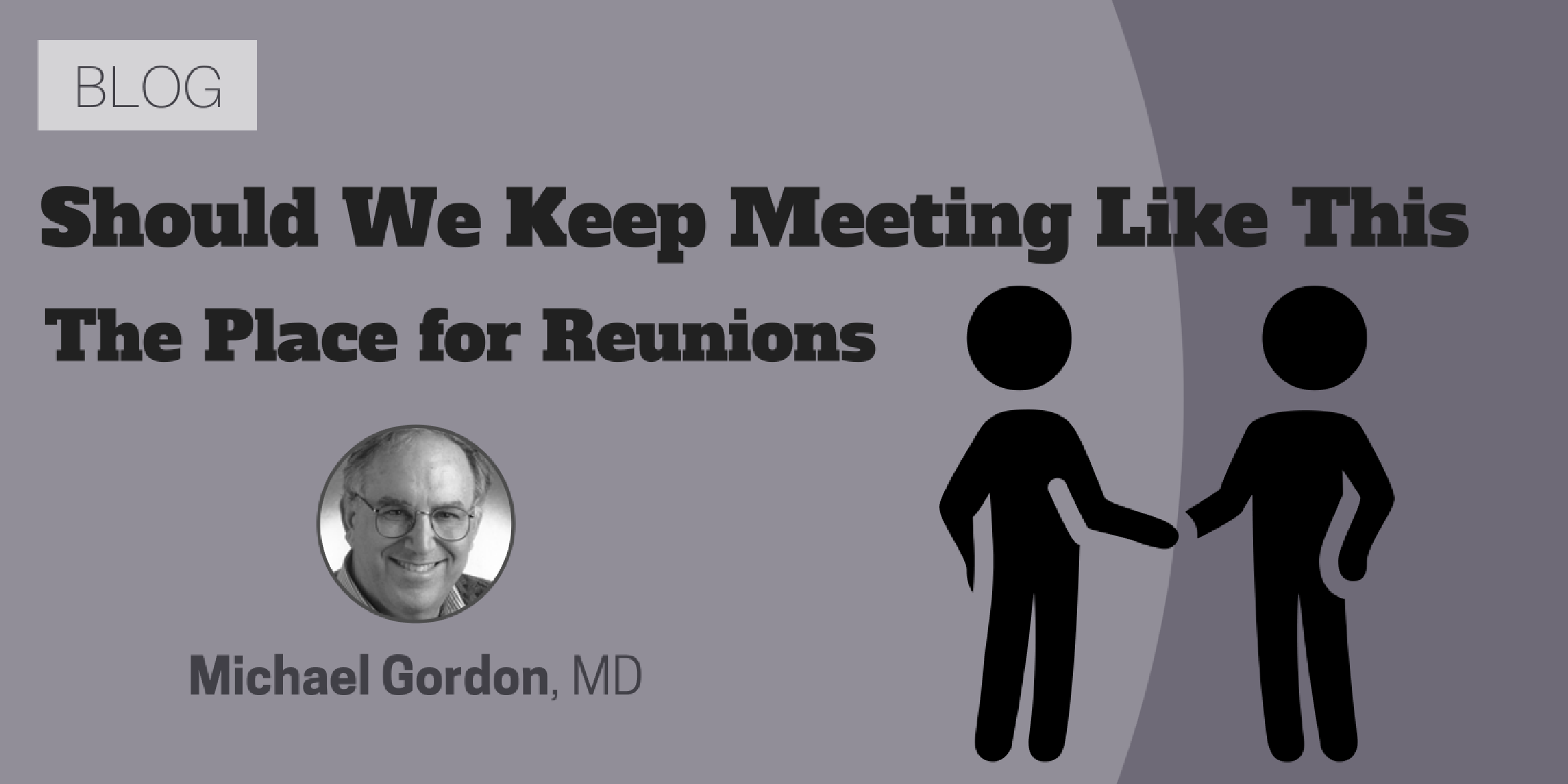 Reunions are unusual and sometimes bizarre phenomena. It is curious that people seem to be drawn to meeting over periods of many years or even decades with people that they may or may not have been close to during some period of their formative years of education. Think about the likelihood that at a high school reunion, you might meet more than a few people of significance in your life or with whom you have even the remotest interest in knowing what they have done during the intervening years. For university or post-university reunions one might imagine there might be a greater chance of congruence of life experiences and the possibility of a more compelling reason to know what life has done to the group individually and collectively.

I recently attended my “50th” medical school reunion in Dundee Scotland. Though born American I decided to “study abroad” as a means to satisfy my desire to travel—something I recognized from a 6 month stint as a university student wandering through Europe in my “junior–3rd year”. That 6 month stint stirred my determination to study overseas and as it turned out I was fortunate enough to be accepted into an English language first quality medical school in Dundee Scotland, which at the time was the clinical training resource to the renowned University of St. Andrews. It subsequently separated from its “mother ship” and became the University of Dundee that is the home of what has become a highly regarded medical school.

I have not missed any reunions, which started with the 10th and have continued every five years since then. At the 10th our guest speaker was our chief of medicine—Sir Ian W. Hill who was at that time the physician to the royal family when they were in Scotland that usually occurred at one of their favourite retreats, Balmoral Castle, with its beautiful surrounding hills and woodlands. Sir Ian, who was one of the greatest lecturers I have ever encountered—able to mesmerize a lecture hall full of medical students with his stories of illness and disease--cautioned us to stop meeting after 50 years as there might be few participants because of death and illness.

The reunion was a treat—it was in Dundee rather than as previously in St. Andrews; my youngest daughter joined me, having been at one about 15 years earlier and it fulfilled what reunions do—reminded us of our roots, of our history and gave each of us (we were only 25 classmates out of a class of 70—plus in many cases spouses)—a chance to reminisce about our lives and what seems to be the core of the attraction of reunions, to recount our recalled and shared experiences.

Even though many of the same stories were shared at previous reunions, recounting the stories of escapades, travel, parties, shared flats, our idols and failures as teachers and sadly our classmates who had died in the interim period—the whole experience was a mixture of rollicking fun, uplifting narratives and sad recall of dear classmates who had left us—with this reunion having lost three classmates in the previous 6 months—ones with whom I was especially close.

Like many things in life that we do, there is no compelling explanation or objective benefit in a reunion—but since it seems to be almost universal among so many people, it must resonate with those of us who wish to and usually attend. Reliving and sharing our past, confirming our recollections and in some ways fulfilling the curiosity about “what happened to …..?”Although Sir Ian counseled us against going beyond 50—as we were preparing to leave, a small group of us, including myself, planted the seeds for perhaps the next—55th reunion—I hope so and hope I can attend.


This article will be published online in January 2017 at http://www.cjnews.com/